Competition is getting fiercer for apps. At last measurement, Google Play Store was releasing +6000 apps per day. Where a creative idea and in-depth industry knowledge used to be enough to stand out and get users to stick around, now it’s a very different story.

In the world of mobile, ferocious rivalry continues to characterize entire industries as underdogs are forced to innovate in order to get ahead.

Remember when your competitors drew a line in the sand (or built a store, restaurant, dealership or mall) to mark their territory? Well now that line, or geofence, can work in your favor:

Geo-conquesting is an audience targeting capability to identify app users within a certain area and run a campaign – a campaign with the goal of winning back inactive users, or those straying to competing services.

Geo-conquesting is nothing new (Dunkin’ Donuts tested this back in 2014 to send coupons to customers who were near the locations of competitors), but since its widely covered success with well-known brands such as Burger King, its use is becoming more mainstream across the mobile landscape.

Let’s refresh our memory on what Burger King did with geo-conquesting in 2018, and then briefly explore some more ways that mobile brands can build this into a smart strategy, as opposed to a reactionary one-shot tactic.

The BK app essentially weaponized McDonald’s real estate to their advantage – sending McDs visitors an irresistible deal to unlock a 1-cent whopper as soon as they entered the 600-foot perimeter.

They did this not only to drive foot-traffic to strategically significant Burger King locations, but to encourage downloads of its revamped app, and showcase their new ‘pre-order’ function. 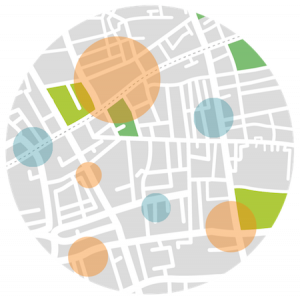 When does geo-conquesting work?

Geo-conquesting has now been proven as an effective growth tactic for apps to find new ways of segmenting, engaging and monetizing users – but it’s not for everyone.

Burger King differentiates based on low price and deal-seeking convenience – and this mobile marketing tactic very much matches with these two cornerstones of the fast-food brand. App users are not loyal to either Burger King or McDonald’s because of a specific experience or feeling the brand purveys, but instead, are driven by how seamlessly they can reach the deal-of-the-day.

Does your app present value based on convenience and deal-seeking?

Best moments for geo-conquesting in apps