Retail seems to be the most obvious industry to apply geofencing technology to, however, customers can and will get bored really quickly with generic and ‘spammy’ retail messages. To stand out in a cruelly competitive modern retail market you need to step up the game and do something consumers will find different and memorable. In this post we will showcase some of the greatest examples of a clever and extraordinary usage of geofencing for retail. Read on and get inspired.

The classic and one of our favorites is a campaign by a sneaker retailer Meat Pack. The campaign was simple, fun and highly engaging.

Meat Pack set up geofences around their competitors’ stores and used its official app to discover when a former customer visited a competitor’s store. When the customer entered a rival’s store, a fun, high-energy promo video, offering the customer a 99% discount, would appear and decrease by one percent with each second that went by until the user entered a Meat Pack store. This sent people hurrying towards Meat Pack’s store to make the countdown stop. The faster they reached the store, the better the deal they got. That discount could then be used in-store.

The campaign “hijacked” over 600 people from rival stores, and the highest discount received was 89%.

For more ideas on where to locate your geofences, check out this blog post: “3 Tips on Where to Put Your Geofence”.

2. Ashley Stewart – Driving Brand Engagement Even When The Stores Are Closed 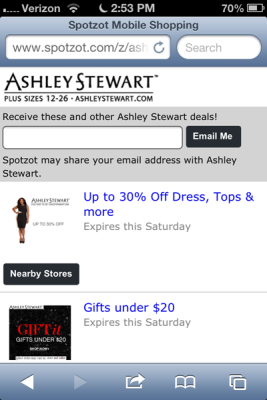 For the campaign, Ashley Stewart put geofences around the closed stores to deliver coupons to the passing by customers and direct them to the closest open Ashley Stewart outlet or online to its Web site.

The experiment showed that mobile advertising with the usage of geofencing is effective not only in the daytime, when the stores are open. Results of the research revealed high click-through rates in the period between midnight and 4 a.m. Interesting, huh? 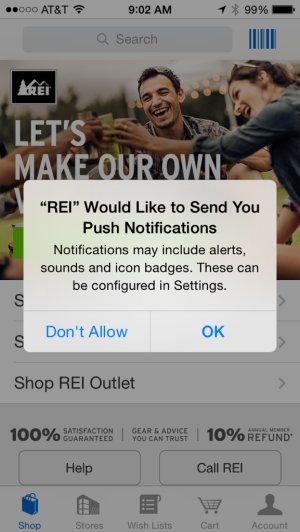 A prime example of a company leveraging location and customers’ interests is outdoor retailer, REI. REI used location history to notify users who have passed by one of its retail stores to its biggest and localized event, the annual Garage Sale. By knowing which of its stores customers have been near in the past three months, REI can more accurately target store-specific messages and offers.

Later the brand surveyed the customers to get a sense of their willingness to the idea. 60% of participants found the location-based notifications to be innovative, 79% said it increased their likelihood to visit a store, 65% made a purchase as a result of the location based alerts and 73% of participants would definitely or probably use the service in the future. 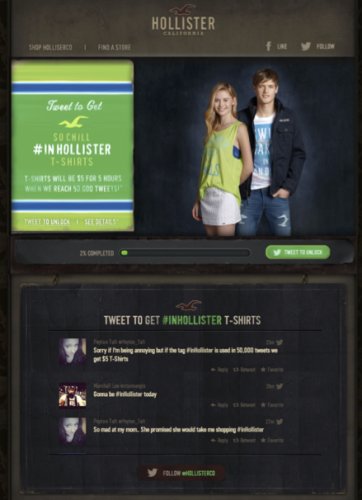 Hollister Co.’s “flock-to-unlock” campaign leveraged geofencing in a very creative way. When the number of store visitors that tweeted #InHollister via Hollister’s native app, while at the actual store, reached 40,000, they unlocked a special offer. The campaign encouraged a common goal among Hollister Co. customers instead of simply pinging their phones every time they walked near the store.

The campaign was a huge success: Online sales jumped 45 percent over a typical day and social media mentions of Hollister skyrocketed 600 percent during the period. “Consumer receptivity absolutely exceeded expectations,” says Billy May, group vice president of e-commerce, digital and CRM with Abercrombie & Fitch, parent company of Hollister. “We were surprised at how quickly consumers responded.” In fact, the company sold through 95 percent of the stock it purchased for the promotion.

Get in touch with us!