Another year, another Next Web Conference (TNW). Tech’s biggest festival again brought together the industry’s greatest doers and thinkers of today and tomorrow, with their phones poised to capture every moment of inspiration.

And like last year, Plot Projects partnered with TNW to deliver contextual mobile experiences to 15,000 participants from across the world. We used precise location-based insights and messages to deliver everything from place-based secret studio promotions by sponsors Chivas, to handy directions towards badge collection points, and personalized stage recommendations.

With mobile touchpoints like geofences and beacons set up in key areas across the festival, we ran a similar experiment to 2017: this involved checking how many app users had their bluetooth switched on. These users would be open to receiving beacon-triggered mobile engagements.

Our findings and thoughts below. 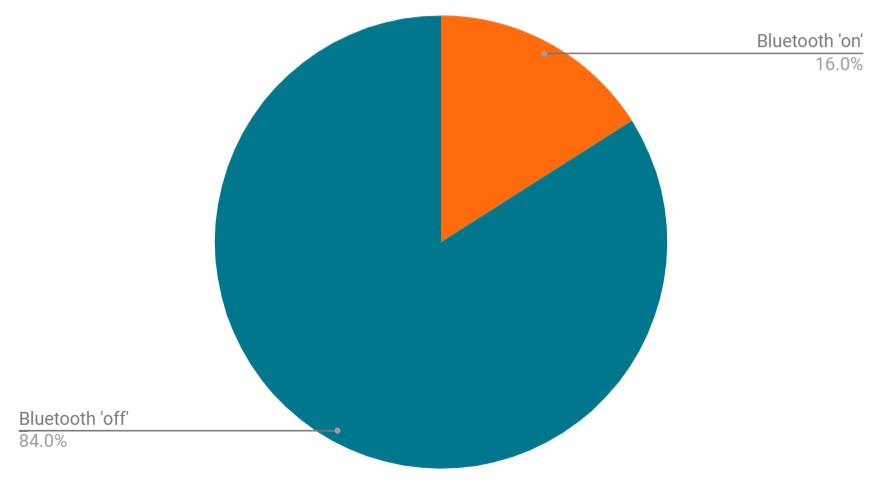 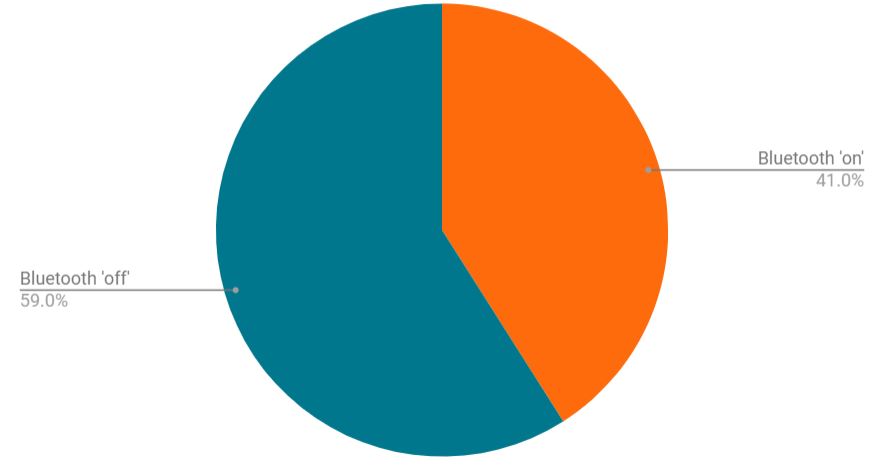 🕵️The amount of iOS users with their bluetooth switched on has more than doubled. Why?

This could be due to… iOS 11’s change in bluetooth and WiFi controls: iOS 11’s pull-up control center doesn’t actually switch bluetooth off. Apple’s Control Center toggles (redesigned later in 2017 after the Next Web) don’t deactivate bluetooth, but instead just disconnect the device from currently connected pairings or networks.

This means the bluetooth feature is left running in the background, unless users take a few extra steps to switch bluetooth off completely, buried more deeply in ‘settings’.

These few extra steps to switch bluetooth off might be one reason why The Next Web’s beacons picked up 41% of users, compared to 16% in 2017. 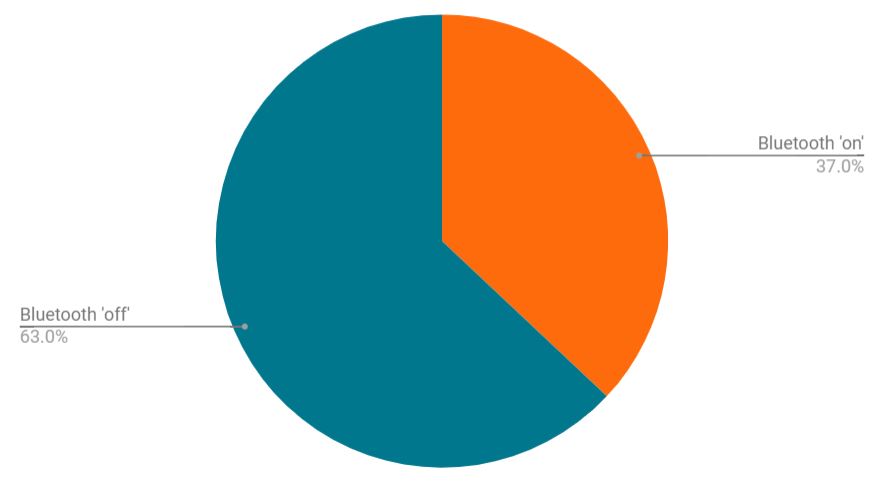 Android’s ‘on’ rates for bluetooth are similar, and perhaps that’s because newer Android phones have also added a layer to their bluetooth control capabilities. Many smartphones such as Samsung’s Galaxy S8 and Google’s Pixel allow Bluetooth access to be adjusted in Settings, where its use is generally explained: switching it off via the pull-down menu prevents it from connecting to access points, but still allows the phone to periodically scan for touchpoints – like beacons for example – to help pinpoint its location.

This change in settings alters the terms of communication between the user and the app, and also the basis of understanding a user’s intent to be reached. Perhaps there is more space than before to locate and understand people, based on their heightened level of bluetooth access – but are users aware of these new usability terms?

Mobile marketers need to be conscious of adding value and building consent by design into every message and powerful piece of insight, based on these altered bluetooth rules and frameworks.

Perhaps as we’re talking about a field full of techies kitted out with smart devices – 15,000 IoT lovers taking every possible opportunity to connect, our audience is slightly biased when it comes to saying ‘yes’ to bluetooth.

Can you think of another reason why this rate might have increased year-on-year or platform-by-platform? We’re curious.