As the falling leaves of autumn start to pick pace, at Plot Projects work doesn’t stop. This last sprint is no exception as we released a new version of both our native mobile SDK’s, Android and iOS. Additionally, we also launch version 3.0.2 of our SDK for Android as our current stable version. These versions include small performance improvements and bug fixes. The Dashboard was likewise updated with some usability tweaks to provide a better user experience.

We have released the Android Plot Projects Plugin 3.0.2 and 3.2.0-beta. In 3.2.0-beta, we  now detect and register when a user has opened or closed your app, which can be used to generate insightful reports . Such as the possibility to see the impact of your campaigns on the app usage, including the session duration time  and/or the influenced opens after a user has received a notification.

Improved the experience of using Geofences and Beacons have their own cards, just like Contextual Notifications and Contextual Pages. This makes it easier to find the analytics, change the campaigns per Geofence and/or Beacon. 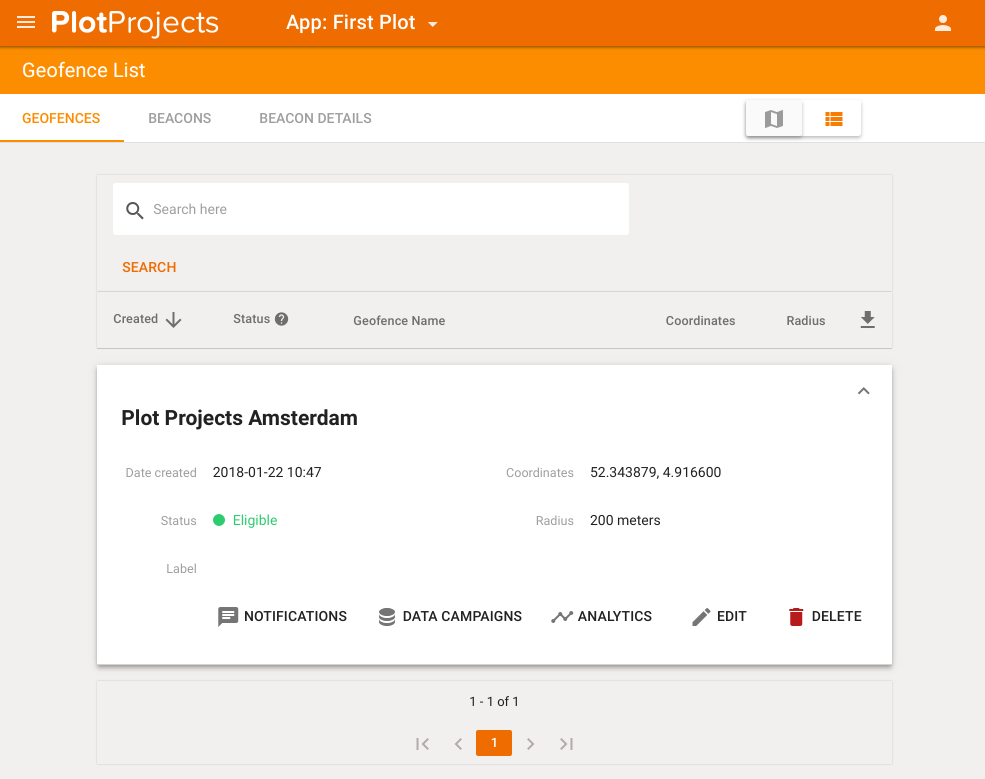