In this second month of the year we bring you some new features and improvements. We added support for React Native, it’s now possible to integrate our plugin in projects using this framework. A new version of the Plot plugin for Android was released, 2.5.0-beta, which includes performance and reliability upgrades. A new filter option was added to the Analytics page of the dashboard to further enhance it’s search capabilities. Dwell reporting also got an upgrade, the data used to generate these reports is now accessible four times faster.

React Native is now one of our supported platforms, you can use it for both Android and iOS. All features available when implementing natively are also applicable when using the React Native framework. Check our React Native documentation for more information.

The version 2.5.0-beta for Android also employs slightly revamped logic for dealing with geofences. This increases the reliability and accuracy of triggers in geofence enters, exits and dwells. Additionally, an issue where the notification filter/geotrigger handler would not finish executing due to Android’s battery saving policies was resolved.

Our dashboard got a new addition to the Analytics page. There is now an extra filter option that allows you to filter the shown data by campaign.

For your convenience, both filters have an autocomplete feature, so that you don’t need to look in other pages. 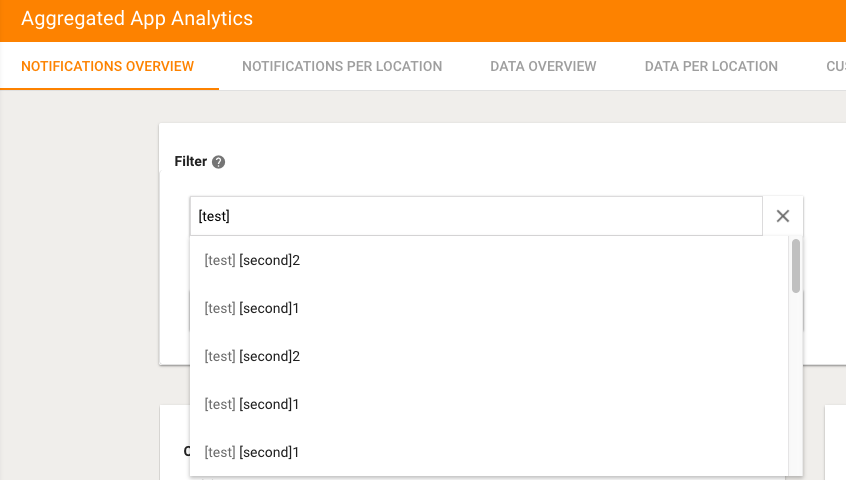